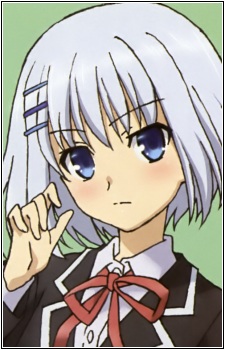 
Age: 16 Height: 152 cm Three sizes: 75-55-79 Blood type: A Species: human Equipment: combat wiring suit, CR unit Affliation: Anti-Spirit Team Rank: Master Sergeant Favorite food: gratin Disliked food: celery Origami Tobiichi is one of the main heroines in Date A Live series. She is also a protagonist of Date AST Like, a spin-off manga which focuses on her relationship with Mikie in the AST, as well as the main character of Date A Origami, a 4-koma comic strip manga which focuses on the romantic comedy aspect of the main series. Origami is a top student in her school both in terms of academics and sports. Of course, none of the student body and facility members know that she is a member of the AST with a few exceptions unknown to her. Origami is a very skilled wizard but can lose herself in her emotions when it comes to dealing with Spirits in combat. Origami is in love with Shidouu, her love for Shidouu is greatly high that she stalks him. Origami is shown as a young female with short, silvery-white hair arranged in a bob cut with three hair-clips in the left part of her hair. She has blue eyes and wears the girl uniform like her female classmates when at school. However, in her AST Combat Wiring Suit, her appearance is more fierce. Origami's clips are not worn, instead a pair of sensors are attached to her hair with armor covering her from shoulder to hand as well as part of her body and legs but not thighs. Her chest is seen at the top of the transparent suit as well as revealing her belly. Origami is a person that rarely openly talks with other people unless needed with only a few exceptions such as Shidou Itsuka and Tooka Yatogami. She isn't a shy person, but more of an unsocial type of person. She can be a bit reckless or aggressive if she has a goal or purpose to fulfill. As a wizard, She was the vanguard and current "Ace" for the AST. Her skills as a member of the AST were noted to be quite phenomenal, as she was the only one who at first could manage to fight a spirit close quarters(although she still lost), and she was also the most extreme, hoping to kill Yoshino by first dropping a building on her dome. She managed to utilise the CR-Unit <White Licorice>, which is noted to be very dangerous and dificult to handle, in fact, no one else but her has proven to be capable of using it long enough to actually put it to practical use. She was even able to land a hit on the world's most powerful Wizard, Ellen, which Ellen herself considers worthy of praise. Origami one-sidedly proclaims herself as Shidou's girlfriend or lover unbeknownst to Shidouu himself. Origami uses any chance she gets to make her relationship with Shidou more intimate. Her love for him is quite unhealthy as she often disregards most of Shidou's feelings or opinions and can come off as self-centered. In reality, Origami is a stalker with Shidou being the focus of her desires. She has secretly been following Shidou around in his everyday life since before the start of the series and has on many occasions tried seducing him with her actions, such as buying a new bed, making herself deliberately vulnerable, giving him a combination of strong energy drinks and preparing traps to entice him to her. However blunt she may be, Shidou has not acknowledged or reciprocated her feelings. Origami has also proven to value Shidou's life over her loyalty to AST and DEM, going so far as to steal a dangerous CR-Unit from them and combat them specifically to protect him. She however, does not seem to value his emotions above her revenge, as while she does try to remove him physically from her fights with Kotori and the other spirits, she makes no attempt to stop or even consider his reaction to her killing them. This is especially evident in regards to Kotori, since she is Shidou's sister, while Origami later admitted she didn't want to kill Kotori, and readily believed Shidou when he said that it was a different spirit that killed her parents, it is clear that had Shidou not told her that then she would have without regret. Origami sees Tooka as an enemy, love rival, and an annoying "baka" that gets in her way with Shidou. Origami shows little respect for her as the quarrel between them as Spirit and AST member remains unsettled despite the fact that Tooka's powers are sealed. Origami does not trust her very much as she views every other Spirit but is not hostile to her due to Tooka's currently sealed status. (Source: Date A Live Wikia)