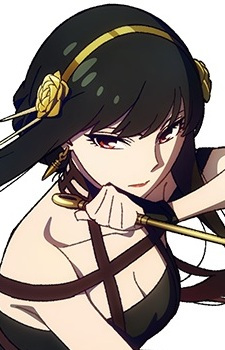 
Age: 27 Yor Forger is one of three main characters of the Spy x Family series. She works as a clerk at Berlint City Hall, but is secretly a skilled assassin who acts under the codename Thorn Princess. Yor possesses impressive strength and endurance for her slim frame, capable of easily piercing the skull of a human with her weapons and destroying a pumpkin with the sheer thrust of her bare hand. She agrees in pretending to be Loid's wife and Anya's mother in order to serve as cover so she can continue with her assassin work. Yor is consistently bad at cooking and usually leaves the cooking to Loid. She has a younger brother named Yuri, who is a civil servant and has excessive love for her.