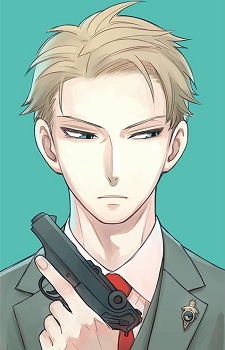 
Agent Name: Twilight Known Alias: Loid, Robert Height: 187 cm Weight: 70.90 kg Hair color: Blond Eye color: Blue Address: 128 Park Ave. West Berlint Codename "Twilight", he is an undercover spy and was tasked with the mission to create a fake family in order to infiltrate a politician by the name of Donovan Desmond. He thus in seven days was able to adopt a daughter called Anya Forger and marry a woman named Yor Briar. It is unknown as to what his real name or age is, as he was a war orphan. He became a spy in order to make a "world where children wouldn't cry."