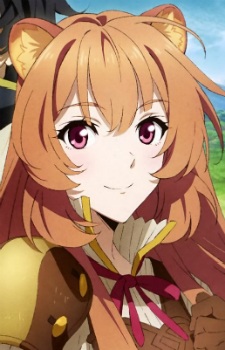 
Age: 10 (mentally), 17 (biologically) Height: 5'6" (168 cm) Raphtalia is a Tanuki-type Demi-Human who was the first real member of the Shield Hero's party after he purchased her as a slave. She has undergone some significant changes throughout the story. When Raphtalia is first introduced, she is a child that has long, unmanaged hair and a dirty cloth gown. After being purchased by Naofumi, he gave her a haircut to an acceptable length, gave her a bath, and bought her a much more suitable set of clothes to adventure in. After several weeks of traveling with Naofumi, Raphtalia's body inexplicably changes and she gained the appearance of a teenager or young adult. It is revealed that demi-humans grow in relation to the progression of their levels, which led to Raphtalia's rapid development. (Source: Shield-Hero Wiki)