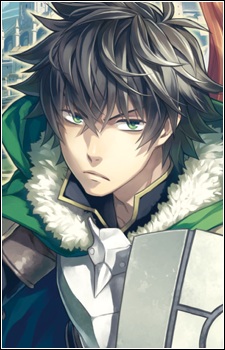 
Age: 19 Race: Human Country: Japan (former), Melromarc: Rock Valley Occupation: University Student (former), Legendary Hero Weapon: Legendary Shield Naofumi Iwatani is the main protagonist of The Rising of the Shield Hero. He was a university student before being summoned to another world, where he had to fight against the waves of calamity, as one of the 4 cardinal heroes summoned. He was, however, the shield hero, regarded by many and especially people in Melromarc as the weakest of the heroes. Due to his status as shield hero, many refused to join his side, the only exception being Myne Sophia. Myne however falsely accuses him of sexual assault causing him to lose his dignity and all his money Due to this, the once cheerful Naofumi became a cynical character who lost the ability to trust in people. He buys the slave Raphtalia and the bird Filo, but treats them like his daughters rather than his slaves. (Source: Shield-Hero Wiki)